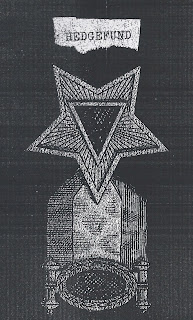 '80s influenced east coast hardcore, but infected with the mean disease. The inward kind of mean that doesn't say "I'm going to hurt you," but instead frightens you on behalf of all humanity. Genuine and hopeless nihilism wrapped up in ferocious dirty hardcore. There are four songs here, but I was convinced after the 0:51 of "Locutus" - all that "Currency Of Legititude" did was seal the deal. I mean seriously, that guitar? You can't fukk with it.

I don't know if it's because of lack of sleep but I swear I can see the singer's teeth snarling through the speakers. Wicked stuff. Anyone know if they'll be playing out of Boston?