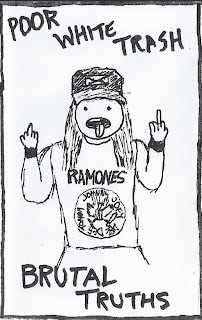 It sounds just like it looks. Somewhere between ANTI-SEEN and NINE POUND HAMMER in intent, but Brutal Truths is primitive teen angst in execution. Take one man, put him in Lancaster, Kentucky, and give him a 4 track - this is what you'll get. A couple of legitimately killer tunes ("Junkie," "Shut Your Mouth," and the "fuck you"/pickslide combo that closes "Don't Wanna Hang Out With You" is perfection) mixed with GG ALLIN attitude, rampant misogyny and the manifestation of complete alienation. Or maybe it's just a redneck with a tape recorder. 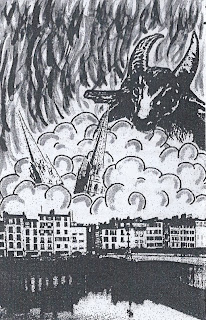 This is from the Basque Country, and it rules, OK? Nasty surges of hardcore, loose and ugly, marginally in tune and dripping with sincerity. But the 3+ minute dirge "Inkisizio" is by far the killer on this tape - pummeling you with simplicity, you will have these three chords stuck in you head for days, trapped there by those blood curling screams...brilliant. This is their second demo, and you can find the band here. 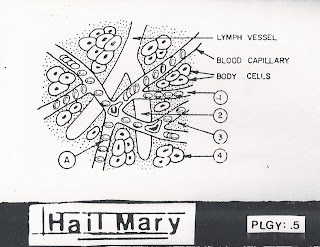 BORN AGAINST is easily my favorite hardcore band of the early '90s. I saw them in Cudahay, Wisconsin in 1993, got the self titled EP and was hopelessly hooked. I had never heard music like that, and I had never had music and attitude shoved in my face like that, and I loved it. As a geographically challenged late bloomer I missed out on the band's infancy, but consider myself lucky to have seen them at all. While scores of other bands have influenced musicians, even influenced genres, BORN AGAINST still manage to stand alone. No one sounds like them, and no scene sprouted up from their completely irreverent and sharp take on hardcore punk. No one, that is, except Albany's HAIL MARY. This demo is BORN AGAINST worship in its purest imaginable form, from the song structure to low end guitar yowls to the snarky bite of the atonal vocals. While I don't think this demo approaches any of the output of New York's finest shit stirrers, HAIL MARY crank out quality tunes on this 1997 demo, as they continued to do on a handful of EPs and one sweet 12" platter during their brief run.  Now, who else has the first BORN AGAINST record on clear? 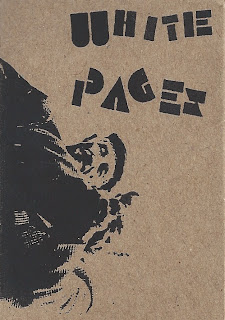 I can't really describe this, but I loved it the minute I pressed 'play.' I even asked Karoline to help, since her musical descriptions are usually completely out of left field - she said she thought WHITE PAGES could have been on one of those '90 Very Small Records comps, and I said she was crazy, but then she said that they reminded her of THE GRUMPIES even though they don't sound like THE GRUMPIES, and fukk me if that isn't exactly what I was looking for. The painful lazy lilt in the vocals, the aggressive drunken lurch in everything else...I'm obviously not doing this tape justice, but Boston's WHITE PAGES have something special here. I bet at least two of them wear glasses. 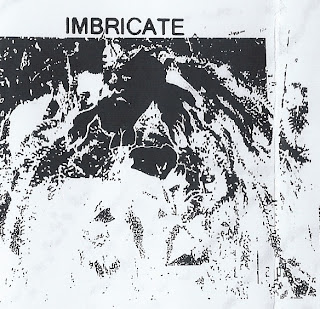 As much an aural architect as a musician, AMK has been producing soundscapes and audio collages since the '80s. On 2011's Imbricate, he (Anthony Michael King) unleashes a 30 minute deluge based on and morphed out of field recordings and his own gloriously twisted psyche. Waves of distortion and manipulation mingle with the sounds of animals and nature, as if you were embarking on a dark and very wrong safari. Imbricate quickly builds to a disconcerting level, but instead of cresting, the intensity remains for much of the piece, challenging your ears and emotions to hold fast while being pummeled by sound. Even better on subsequent listens, as layers once hidden expose themselves...this is well worth the time investment required to achieve the full effect. 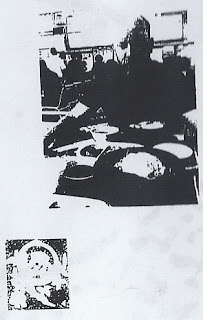 Email ThisBlogThis!Share to TwitterShare to FacebookShare to Pinterest
Labels: Noise 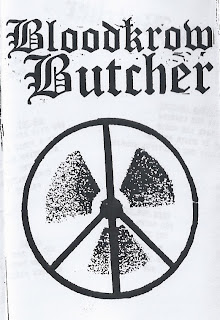 Few bands have pulled off Riot City/UK82/Dis worship as well as these maniacs. Bare bones, blistering sounds with a modern throaty vocalist versed in (and a part of) the current wave of noise punk kids taking over the world. The guitar alone is enough to win your heart, but the whole package here is damn near flawless. Quite pleased that this eight track banger is ever bit as ripping as their live set was last month. Sick. 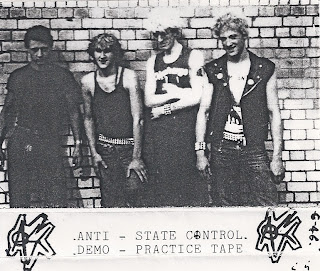 Brilliant 1983 demo from these under appreciated UK punks. I posted a 1982 rehearsal tape in the early days of The Escape, but it's great hearing this primitive UK punk given the proper treatment. "Sniffing Glue Blues," "Muse," "Nobody Cares About Us" and other songs from that practice tape all sound beyond stellar on this searing demo, with nine more rehearsal tunes as a bonus. Chalk this up as a brilliant second wave band lost in the shuffle, and one who sadly never made it to wax. Fukkn great tunes, with ADAM ANT and DISCHARGE covers for those keeping track. 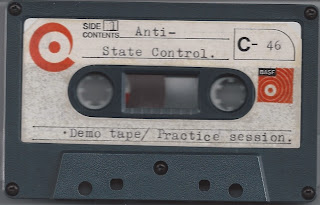 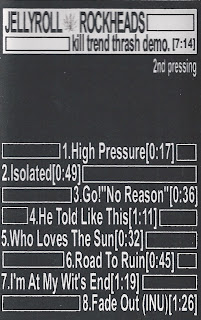 Since I've been away for a few weeks, I figure I should return with a total scorcher, right? Osaka's JELLYROLL ROCKHEADS existed primarily as a side project made up of RAZOR'S EDGE and FUTURES members, but during their brief run they cranked out some of the most energetic Japanese thrashcore I've ever heard. Lightning speed with a keen eye always turned towards an irresistible hook, they were every bit as amazing live as this 7 minute demo implies. Maximum energy, total irreverence and all out attack. This demo in 1999 (which was put to wax by Youth Attack), and EP the following year, then another EP and a split with EXCLAIM released for their West Coast tour in 2001. That's it, kids, but it's all top notch.