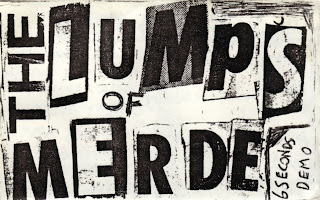 Not actually piles of shit at all, just gloriously shitty punk. While I might never try to convince someone that LUMPS OF MERDE are "brilliant," "technically proficient," or perhaps even " very good," I fucking love the shit out of this demo. Plodding mid tempo sloppy three chord peace punk that came about 8 years too late...by the time they recorded this tape (in just 7 1/2 hours, the insert proudly proclaims) in 1986, most of the bands from the UK anarcho/peace punk scene had either broken up or moved on to other, less punk, musical expressions. But not THE LUMPS OF MERDE...."Breadline Britain" with its half spoken vocals and political message, and "Temperary Escape" (their spelling, not mine) with it's very mid 80s drum sound, wailing echo guitar leads, and the added bonus of a warped cassette tape distorting the end of the tune even further, this is pure rudimentary UK punk that will win you over in an instant. They hail from the West Country, the same Wessex that gave us the the seminal Wessex '82 EP, and I would guess that these kids grew up listening to SMART PILS, SUBHUMANS, A HEADS and the like, and as soon as they were old enough, they started bashing shit out themselves...we should consider ourselves lucky. 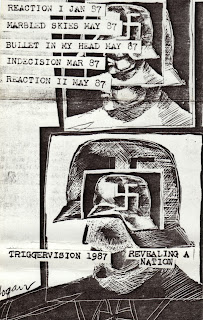 Personally, I am a fan of seriously noisy, fucked up, and inept punk. Fortunately for me there is no shortage of bands that walk the line between brilliance and incompetence, and I am happy to present one here for you to enjoy. New Jersey's TRIGGERVISION could just as easily be classified as a noise or industrial band with their heaps of effects piled upon every part of their minimalist recording, but no matter what you call them, these tracks are a beautiful nasty hot mess, and in 1987, I have no doubt that this trainwreck was fucking punk as shit. Long drawn out dirges, reverb laden vocals and excessive knob twiddling, the end of "Bullet In My Head" is pure TG worship (whether intentionally or not), if only I had been lucky enough to hear this carnage when I was 15...I would have gone fucking bananas! There's a little page for them from Earwax Retro Fanzine, where there's also dozens of other marginally known or completely unknown New Jersey bands (warning, its easy to get lost). I would love to hear their other tape release (hint), and in the future I'll be posting the On The Edge and The Will To Die tape comps that are listed on the TRIGGERVISION page. Luckily for me, and now you, some dude in New Jersey 20-25 years ago was good at trading shit...now blast some noise. 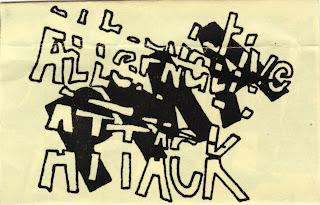 Bad ass punk crossover shits from the UK! There's already a decent bit of info out in interworldwidenetwebland about these fellows, so i'll just link to an interview here, but it's worth mentioning that one of these chaps went on to play with Morrissey, and another joined the "hard" electro tools Prodigy. Maybe I'm crazy, but I hear a distinct hint of Sothira/Crucifix in the vocals...but even if I am indeed crazy, "Metal Can" totally shreds. Their No Turning Back EP is a ripper too, if you can track one down. 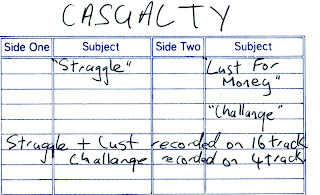 More rulin' unknown shits from the UK! Granted, it's kinda hard to scour the internet for information on a band called CASUALTY, but try I did, and I came up with a big ass goose egg. The raw blown out brilliance of "Challenge" (spelled "Challange" on the tape cover, not once, but twice!) is worth the whole fukkn demo, its absolutely what punk should be, and I can't get enough of it. The other two tracks are killer as well, though a bit slower and melodic, and the sound is nowhere near as hot as on this 4-track version of "Challenge." As always, if anyone can tell me anything about these fellows, or what else they might have recorded, by all means Make Yourself Known! 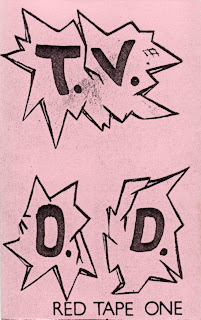 T.V.O.D. formed in 1983, gave us this six song cassette masterpiece two years later. I fucking love the shit out of this demo, it's one of my favorite accidental discoveries from a pile of tapes I got a few years back...it's almost goth, and there are times (like the verses of "War Games") where you can easily imagine this band becoming something that was not punk at all (T.V.O.D. reunited in 2002 and it appears they mostly play covers these days, although their internet page does feature a few killer tracks from other sessions that i recommend), but the way T.V.O.D. comes together is near perfect. "The Love Of War" and "Sexual Encounters with S&M" would have made a flawless EP, but I cannot track down any information about T.V.O.D. ever making it to vinyl at all, which is a total shame. It seems safe to guess that they snagged their name from the brilliant A side of The Normal's 1978 single, which was light years ahead of its time (enjoy here), but we aren't here to listen to Daniel Miller's one man electronic band, we want punk! we want T.V.O.D.! 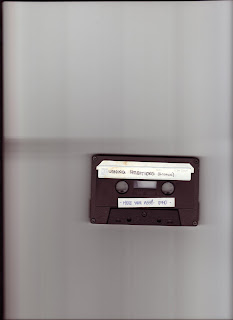 no cover, no information (there was a series of UK comps called Burning Ambitions, but that ain't got shit to do with these Frenchies), no history (except that they are from France), no year, no nothing. BURNING AMBITIONS, with two killer fukkn punk tracks. "Move Your Ass"/"UFO" could have been a KBD classic....shit man, maybe it is and I just don't know about it? enjoy. 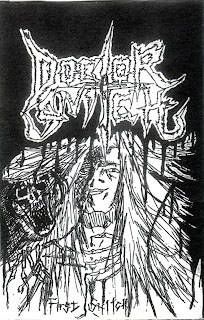 Doctor Snitch hail from Niigata, Japan. I saw them in 2001 at Club Woody with SHIKABANE and A.G.E., so a complete face removal was pretty much a sure thing, and the show certainly delivered. These two tracks are killer thrash crust that still manage to sound distinctly Japanese. Recorded in 2000, just in case anyone was getting sick of the 80s UK shits. 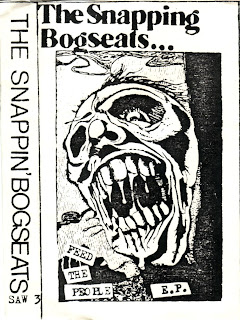 A killer three song blast from 1985. There are pretty overt Discharge nods, escpecially on the first track, "Feed The People," and the demo closes with "Smash The State;" the ultra catchy chorus and bouncy tempo are by the numbers and totally great. Quality UK punk from Cheshire that, once again, i can't really find any information on. This demo was recored at Twilight Studios, which is only really notable because i have a load of shit that was recorded there, including the fucking stellar Sacrilege demo from 1984 that has already circulated the world wide net pretty extensively (i think it's been booted to vinyl as well?). There were originally four songs on this demo, but for whatever reason, "Smash The State" was moved to side 1 on my copy, and "Role Control" is crossed out by hand on the track list. Cheers to Mark for getting me this copy of the demo that has all four mighty tracks! 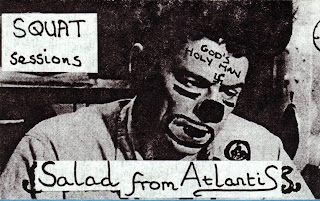 as near as i can figure, these cats are from Brighton (it looks nice there) and they deliver some seriously damaged fuzzed out noisy punk...so punk they don't even give me song titles! late 80s is my best guess, as their lone (as far as i can tell) single came out in 90, the same year they did a week long german stint with BLYTH POWER. i haven't tracked down the EP (though after spending some time with these tunes i think that the single is now a little higher up on my list of priorities), but this and the God Peace and Greenery demo are stellar. one of these dudes went on to form FISH BROTHERS (more if you like), who are still playing today, but lack even a shred of the brilliance of these 4 pieces of trash. if you like these tunes, might i suggest visiting the nice folks at shit-fi, because there is a world of noisy garbage just waiting for you to stick yer head in!

Not the most original name, perhaps, but THE CAUSE released two demos in 83 that are packed with some of the finest UK punk I've ever heard. They hailed from Wigan, England (a recent news clip from Wigan), and do not appear to have ever made it to vinyl, save "Soldier" on a 12" comp. I have no cover for this tape, just a track listing that helped me determine that this was the Soldier demo. The tracks from the Violence demo will make it up later...anyone know what became of the members? 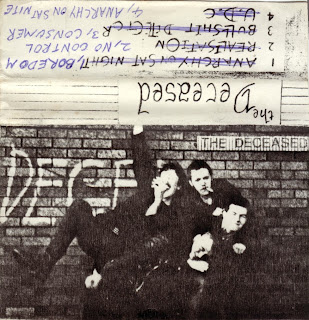 One of many bands that I can find virtually zero information about. The KFTH site (here) has no bio, and I can't say with any certainty even which of the four listed demos i am listening to. What I can say, is that these three tracks are fucking ruling, lo-fi UK punk. Sneering vocals, and drums pegged way into the red...it's endlessly amazing to me that bands made demos sound so fucking good with no money and no experience, punks have been trying to recreate the sound of the early 80s tapes for 25+ years, always always unsuccessfully. Apparently, the band changed the songs on the demo after they made the covers...but whatever the reason, there is only one song that is printed on the cover that made it onto my copy, and that track, "Anarchy On Sat. Night" is recorded so poorly that on this 25 year old cassette, it is not listenable. More demos to follow....