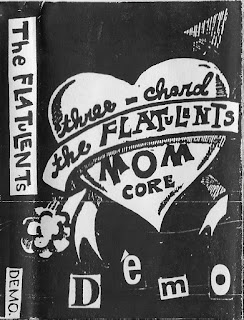 An East Bay one-off, recorded at Gilman (as it should be) by Tim (Lint?) in 1994. Which is exactly what it sound like. Fierce vocals ripped from the grooves of BLACK FORK and/or BLATZ records, guitars have that clean-on-speed hyper jangle (a la Jasper Thread sometimes), and the rhythm section barely holds the damn thing together. In any just world, "I'll Git An Abortion If I Wanna" would be a standard go-to of the (sub)genre and old heads would talk of THE FLATULENTS when people started talking about bands like CCTV and LIQUIDS, as if to say "buddy - if you like that, then you're gonna love this." Clearly, however, the world we inhabit is far from just. 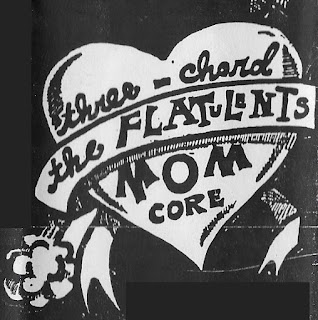 Other highlights: the weird guitar bendy in the chorus of "Crazzy Tow Truck Driver" and the part when the guitar drops out of "Quiz Show." Also, the fact that the first song is called "Flatulents On The Move." Basically, this thing is just a glorious mess.
- June 13, 2021

Yes! Glorious! "I'll Get an Abortion if I Wanna" is a future KBD classic! Tim (who recorded the demo) is likely onetime Gilman sound guy Tall Tim.