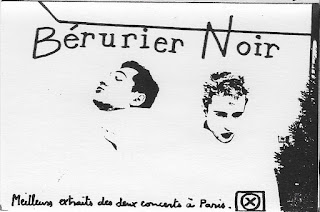 No one sounds like BÉRURIER NOIR, and no band even comes close to the approach on their first tape - a collection of two live recordings from 1983. It's hard to describe how primitive the band is, just a tinny drums machine, a punk/ska guitar that sounds like it's being played through a mini-pocket amplifier, and damaged reverbed art/punk vocals. It's like half of CABARET VOLTAIRE* didn't show up for a gig and the rest of the band tried to improvise a set of CLASH covers. Few bands before (or since) have so clearly demonstrated that punk experimentation has no bounds. 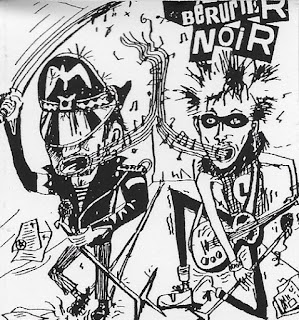 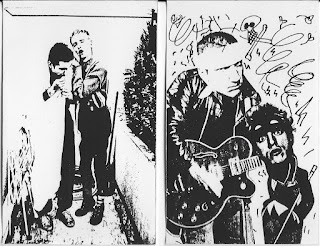 * - I am well aware that if half of CABARET VOLTAIRE didn't show up for a gig in 1983 then the "rest of the band" would likely consist of 1.5 members. Which is exactly why it would be so damn weird. 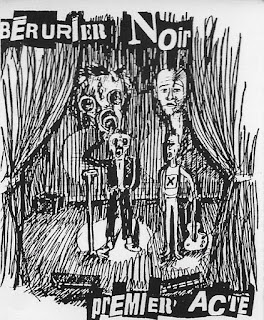