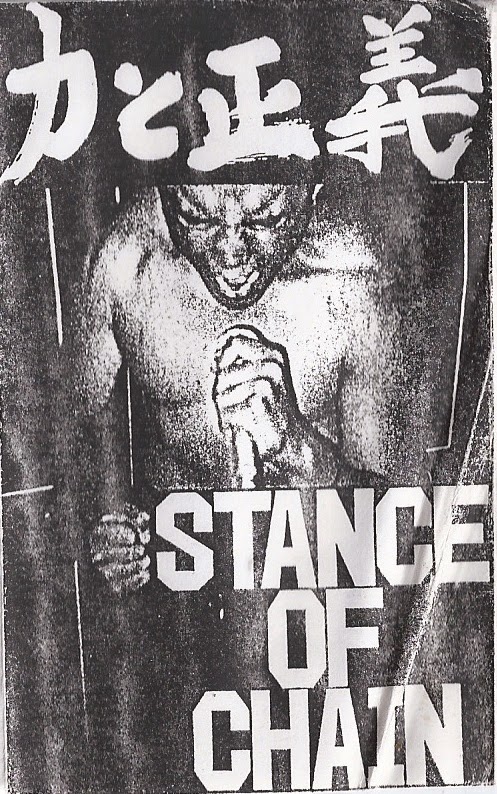 There's an easy comparison that I totally want to make, but I feel like it would lessen the impact of this crucial demo. I don't know if the band is STANCE OF CHAIN or 力と正義 (roughly translated: POWER AND JUSTICE), but I am certain that the four songs featured on this demo are a steamroller of Japanese HC obliterating nihilistic early '90s intensity. The sole hook is in "Only One," and that jammer is followed by the most crudely essential breakdown in the demo's closer (titled, naturally, "Break Down"). Clench your fists.

You got it right. The band is called Stance Of Chain.