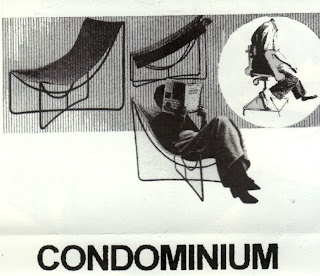 CONDOMINIUM made a bit of a buzz around these parts earlier this year.  By "quite a buzz," I mean three or four people talked about them, and by "around these parts," I mean my house.  They released two killer singles, but this live in the studio tape really fucking nails it.  Dirty ugly hardcore punk that kicks you in the teeth over and over (metaphorically speaking of course) and somehow never falls into any of the traps or cliches that make some people (and by "some people," I mean people who are wrong) claim that hardcore died in 198whatever - probably the same year that those same people stopped going to see jaw dropping hardcore bands.  Like CONDOMINIUM.  Sometimes fast and down your throat, sometimes slow and frustrating like it's stuck in concrete...or perhaps "Glue," an excellent cover of which closes out the tape.  Nice, eh?

LIVE ON THE BLOC 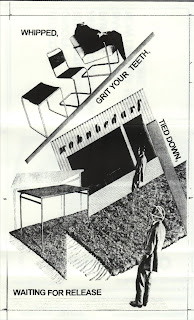 Blinded released this bad boy, and they still have copies, so I highly suggest you contact them and get one.  And then get their other shit, because if there is any filler on this label, I can't find it.
- December 31, 2009

thanks a lot, good tape!

track 4 cant be extracted by the way :(

re-zipped and re-uploaded. thanks for letting me know. If nothing else...it means i got to sit and listen to this again. fuck, so good!!

just tried to download this but the file is no longer there. any chance you can re-up-load it for my listening pleasure?

thank you from minneapolis,
dicky

Greatly appreciated. This band is so good.