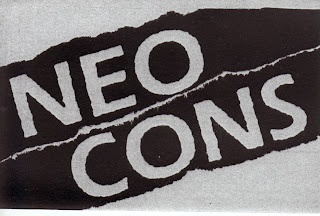 NEO CONS started playing around SF last summer, but I wasn't fortunate enough to see them first hand until a few weeks ago. There's an undeniable and infectious NEW BOMB TURKS hook in Jason's snarl, and it suits the '80 midwest HC steeped in KBD sensibilities just fine. After the first song of their show with UNLEARN/KRUEL in November, I heard a heckler start shouting out the lyrics to "Civilization's Dying," implying that NEO CONS sounded like ZERO BOYS. I'm not sure if it was meant as an insult (the heckler was considerably more spiky than anyone on the stage, so I think that might have been the intent), but the comparison is not entirely unwarranted...and rather flattering. Stripped down and simple hardcore punk; you will find nothing fancy crammed into the next five minutes, you will also realize that you often don't need anything fancy. The 0:07 that make up the chorus of "Don't Touch Me" are some of the finest seconds to be found on The Escape...enjoy.

Why has no one commented on this yet? This is short and sweet--anyone who doesn't enjoy it is just plain weird.

did not know jason was singing. fuuuuck yes!

I have a tape of theirs with a different cover...wonder if its the same as this. They rule, the 7 inch is hella good.