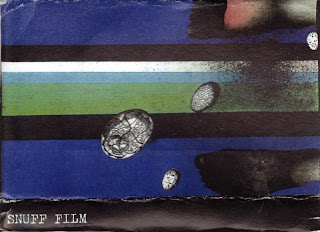 The Bay Area's most prolific post-teen miscreants offered up this document to support their ill-fated (and ultimately cancelled) winter 2009 US tour. MIGRAINE and ECOLI ditched tour due to van failure, but fortunately they managed to leave us with this collaboration cassette, which sold out before I even knew it was finished. SNUFF FILM take discordant guitars to dizzying heights and bury the vocals in an ocean of chaos so that half the time you wonder if you are even listening to a voice at all...Take 1 makes me kinda seasick, but fortunately the voyage is over just before the 13 minute mark. A creepy concept album of sorts, the songs chronologically follow the path of a snuff film from the initial luring of the victim to the thought process in the mind of the film's creator (the final song, "Producer," is a totally fucked dirge both musically and lyrically, leaving the listener feeling rather dirty), and the lyrical approach suits the affected musical assault. This collaboration features all of the members of both bands writing and playing together, and existed only for this release. 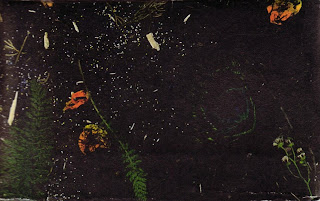 If you're fixing dead links, this would be a cool one to have ;)