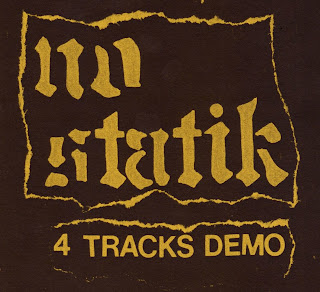 This is a band I'm in. We've only played a few shows so far, because I had surgery and was laid up and then went on tour (a few times) and then Mark (the guitarist - he used to be in DESTROY) went to Thailand and now B (the drummer - he used to be in END OF THE CENTURY PARTY) is about to leave for Germany in a couple of weeks to continue his studies and philosophizing. All of this is a bummer for Ruby (the singer - she used to be in SCROTUM GRINDER) who just wants to fucking play shows but we dudes are all too busy...she is very patient. We recorded this on cassette using two microphones, and I think it sounds pretty good for a raw ass rehearsal demo. There are vinyl releases in store for later in 2010...don't worry about the details, I will hype liberally when they are out. A few folks asked me to put this shit up here, which is flattering of course, so here it is. 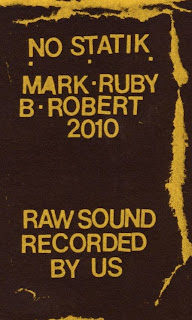 This thing is a wild and crazy mess and it's great

what are the songs called?

If anyone is interested, I just got a new batch of these demos. $4.00ppd US/Canada, $5.00ppd everywhere else.

(and Ruby is her middle name)

Nice stuff! Would like to grab one of these pls. Paypal address?

NO STATIK's Debut 12" "We All Die In The End" is out now on Prank Records. Features 7 songs. www.prankrecords.com

saw you guys a couple weeks ago in citrus heights..you totally raged like a holy fuck. it was badass. cant say the same for martyrdod that night though,dunno what happened there. but yeah No Statik,some very dope shit

which is rad cuz my last name is khan

Thanks for playing on Friday night, you guys were great!