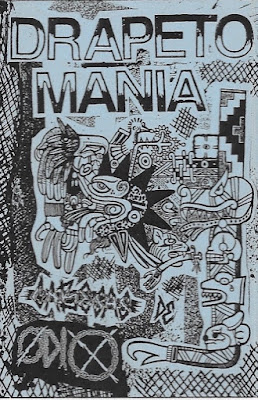 Looking back at the explosion of DIY punk bands from South Central/East LA in around the turn of the (last) decade, it still amazes me how dangerously on point these ponx were, and it all holds up. Like...all of it. I still get "Radiation Nights" from the MANIA demo stuck in my head, RAYOS X still make me want to bounce off the walls, and the ferocity of TUBERCULOSIS is still hard to describe. But this one.....punk ain't a contest, but I think DRAPETOMNIA might be the top of that glorious fukkn heap - at least it is at this moment. Gruff, pissed, Oi! tinged hardcore punk, and every damn song is just grit your teeth awesome. Some powerfully raw studio cuts that sound like they were yanked out of some lost '80s Latin American punk comp, some rough home recordings from The Lynwood house, a devastating ANARKIA cover and a track called "K.K.Killer" that is just straight up untouchable.
DRAPETOMANIA 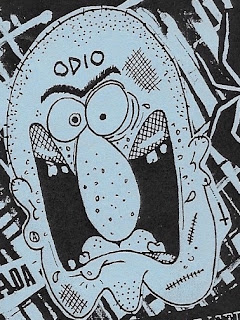