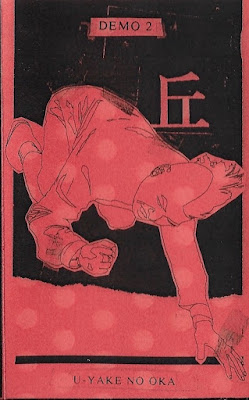 Another under the radar ripper to add to the (endless) list of bands who predated the "official" start of the fastcore/thrashcore revival that marked the turn of the century. This ten song blast from U-YAKE NO OKA dropped in 1998, an exhausting collection of blasts and breakdowns and signature high end vocals backed by a disorienting chorus of gang backups...and moments of pure, unrelenting speed. It's called Demo 2, but I've never seen a Demo 1....suffice to say I'm in the market if anyone's holding.