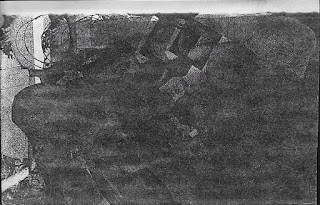 Primitive electronic freaks combine forces on a 2005 split cassette on the Fag Tapes imprint. HZMT basically sounds like being lost in a forest and trapped under water at the same time....with Stage 7 tinnitus. TAPE DECK present a piece that could be the soundtrack to the lost sequel: Eraserhead 2001: A Black And White Space Odyssey. I believe there is virtually no way to fully observe or absorb the re(tro)spective of these associated Upper Midwest sonic renegades - there's just too much for an outsider, and the physical manifestations were produced in quantities that reflected interest and were therefore criminally limited. That said...I'm gonna keep trying.
TAPE DECK // HZMT 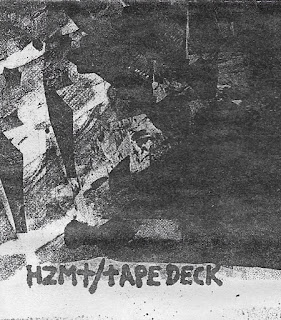