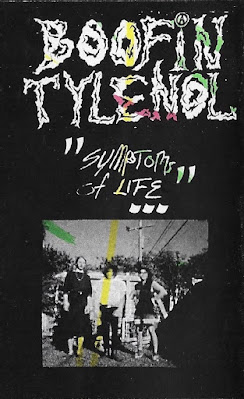 My first real job in San Francisco was at a small chain restaurant downtown. In retrospect it kinda sucked, but I've done way shittier things for money and I worked with a few genuinely cool people so I'm gonna say it was basically a wash. One of my coworkers was a dude named Robert - roughly my age, also a Midwest transplant (Indiana, I think?), and we really bonded after discovering that we were both employing the same methods to embezzle money. We quickly realized that we could maximize individual benefit by working together (who said that wage labor doesn't provide life skills?), so we started collaborating and even hanging out after work occasionally. Our social worlds were completely different, but we both had pretty small circles at the time and we got along pretty well...and we both loved speed, so we hung out. One night, we closed the store and got really high(er) and went to hang out with some of his friends in SOMA. I was pretty much hanging solo, enjoying how high I was and just watching a bunch of people I didn't know have a really wild party, when Robert came over to me. "Just wanted to let you know, we are about to do booty bumps...in case that might make you uncomfortable." "What's a booty bump?" I asked. Then, immediately realizing how ludicrously naive my question was, I blurted "wait - ya'll are about to shove speed up each other's asses?" Robert laughed and said "yeah...so if you need to go, it's totally cool. I'll just see you tomorrow at work."
And I left. Truth be told, it wasn't that I was uncomfortable, it was more of a realization that I was in someone else's space. The only straight fellow in the room while a bunch of young, gay San Francisco transplants were experimenting and partying and enjoying the fucking shit out of their freedom? The last thing they needed was some high ass straight dude slack jawed gnawing on the lower corner of his lip tripping out and trying to not stare while some fellows helped each other out by putting methamphetamine up each other's butts. Like, this is your thing. I'm going to go home and do another line and listen to hardcore records probably annoy my roommates and that's my thing. And then tomorrow, we can see each other at work and it's just a normal day because....? Well, because it IS a fucking normal day. Because people have listened to hardcore records and put drugs in their asses literally every day since there have been drugs and hardcore records. And also there was a band called BOOFIN TYLENOL and they blew the shit out of raw hardcore but they also had some wildly catchy tracks and goddamn that's a good combo. Like - is it SHAM 69 or PARLAMENTARISK SODOMI or BLACK RAINBOW or do you even care because it's rough and it rules? And if you don't see the connection between the post and my story, then....well, it's a decent story and it's a great demo. Why do they have to be connected? 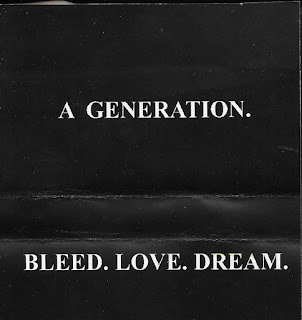 This was exactly what I was looking to read / hear on this grey & cold San Francisco morning! I've been trying to chroniclize my own early days here in The City (before tech "culture" pissed on everything). I'm glad some of us still call this home. Stay up Robert!

We're still here, buddy...just older and not as high.