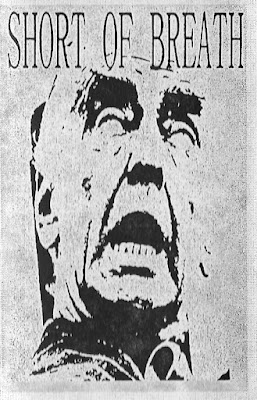 Flagstaff, Arizona - early 2000s. RUINACRE were still gods, even if they had split. The Casebeer brothers did shows in a basement they had literally jackhammered out of the side of a mountain (and, interestingly, had the first web server business I had ever heard of, much less seen), and Matt had his own janitorial company. WHN? and LIFES HALT played the basement in 2001 (crossing paths with DEAD AND GONE, who had played there the night before), and ARTIMUS PYLE returned the following summer to play a small space downtown. That second gig was a stinker to be honest, but Matt's new band SHORT OF BREATH played, and.....holy shit. Kinda like west coast blasting PV shits, but there's an off the rails desert grind vibe present in every crevice of this recording and its an irreverence that suits the genre well. I'm pretty sure they only left us with these nine songs....so I suggest that you pay attention to these nine songs. 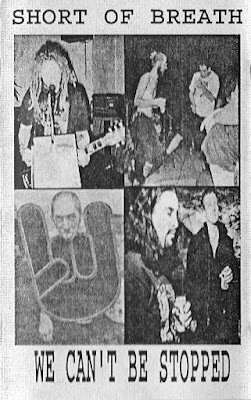 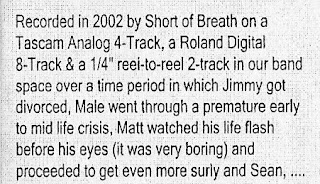