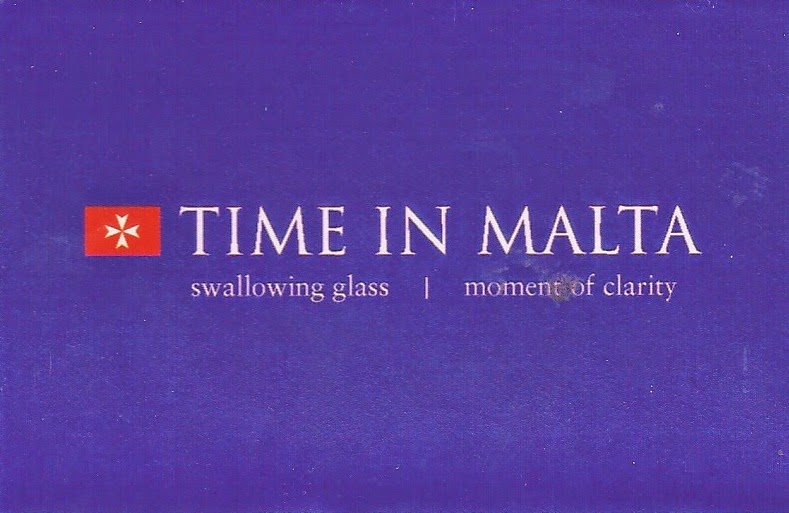 There was a period in that late '90s/early '00s when genre divisions in San Francisco were blurred, especially within the subsects of bands loosely considered "hardcore," and it was nice. On initial listen, TIME IN MALTA are polished, emotional and sound very clean (as in clean music made by clean people for other clean hardcore fans). Todd's vocals are always at their breaking point, but are still controlled, and the songs them selves are a picture of managed discordance with more than ample opportunity for boys to mosh. So yeah, sounds like a band that might have been fine, but one that probably existed in another realm. But, perhaps because they didn't exactly have a realm of their own and perhaps just because they were down ass dudes, TIME IN MALTA spent much of that era playing the Tip Top, Covered Wagon and Mission Records, they played with TRAGEDY on their first trip down the coast, and shared the stage with ARTIMUS PYLE often enough that we jokingly dubbed ourselves the SF Passion Metal Mafia (a split EP was discussed and 625 offered to release it, something I still wish had we had done, if only because that combination of forces would have been even weirder in retrospect than it seemed at the time). Their live shows were always incredible, the embodiment of a band who always left everything on the "stage" (or floor), and even if it wasn't your "thing" it was hard to deny their power. These two songs are from the Construct and Demolish 12" on Escape Artist, a record that holds up shockingly well to my ears. There were two full lengths that followed on Equal Vision, and they definitely found their realm in the world of club hardcore. While the later records aren't really to my liking, the band always crushed it live, and it baffles me that, even (or especially) in the context of that world, their releases are relegated to discount dins.

awesome!, a Split would have made perfect sense at the time, interesting how time has changed that perspective a bit, loved the Artimus and Malta live shows... some of my favorite Bay area shows then.