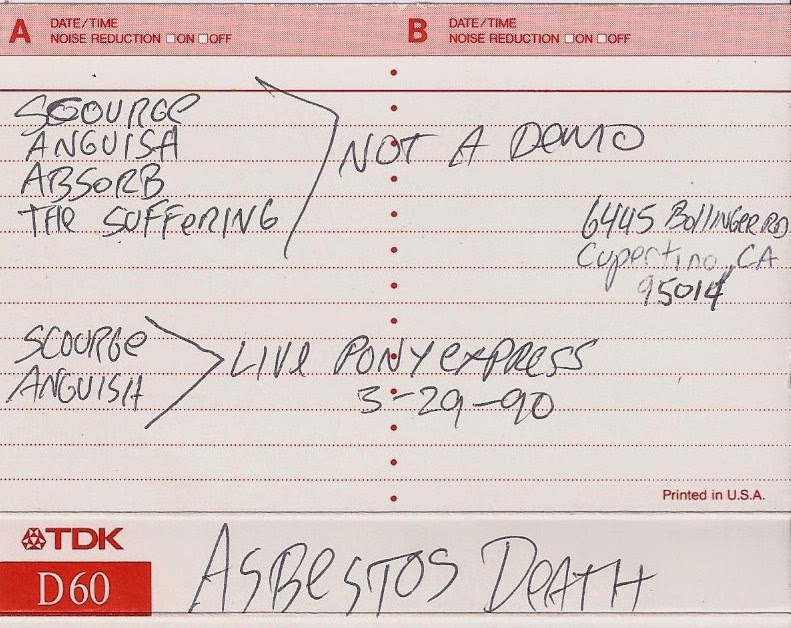 I don't really need to talk about this band....do I? Pre-SLEEP (and therefore pre-HIGH ON FIRE and pre-OM), ASBESTOSDEATH shoved weirdo prog rock right in the face of grungy metal dirges, and they did it in a metropolitan area that was, at the time, consumed by pop punk. Three of the songs here are on the band's two singles (re-issued by Southern Lord a few years ago), but there's a banger called "Absorb" that I have not been able to find elsewhere...it's probably out there, but I just don't know where to look. And while the tape clearly states that this is "not a demo," these are not the versions that were eventually committed to wax. The final two tracks seen on the cover are live jammers of a decent caliber (and can be found today at Escape Is Terminal) - ASBESTOSDEATH were absolutely ahead of their time. 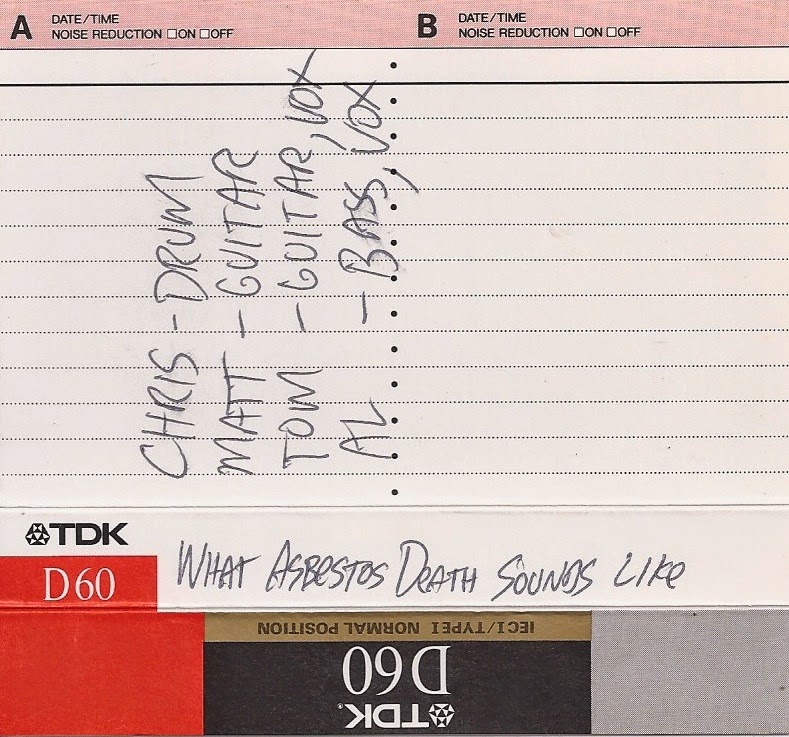