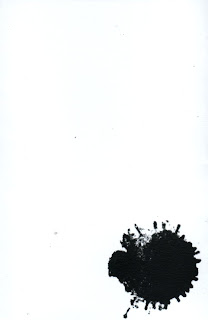 Bought it in Olympia, sounds like it could be from Olympia (which is a polite way of saying that it sounds kinda pretentious even though it's really good), and it was recorded in Vancouver. I'm gonna go ahead and say that COWARDS are from Canada, since I really like the tape and find myself generally fond of Canadians. COWARDS hit on so many cylinders on this demo...immediately, they remind me of JESUS LIZARD, but that comparison fades after the first song. The combination of distorted vocals and DK-esque high end guitar repeatedly stabbing leads into the rhythm section creates an aura reminiscent of feisty goth bands, but COWARDS sound to hip (and even a little too rock 'n roll) for that. "Human Smear" starts off with such a minimally infectious riff, and then they break it expertly into half time and make it even better - all this before the song even starts. "In The Mouths Of 13 Year Olds" follows, and the vibe is complete...COWARDS are THE VSS on Dilaudid plus UNSANE wearing suits and playing in a candlelit goth club. Now the only thing more pretentious than the music is my magniloquent description of the music.

Hey i bought thier tape too! They played in my friends grage when we were doing the "Funeral" for the clarion alley block party here in SF. I thought it would be an easy post, but the digital tracks they gave a url for inside the tape all skipped and shit. i was gonna transfer the tape but got lazy. word! haha, i thought they were from the pacific northwest too.