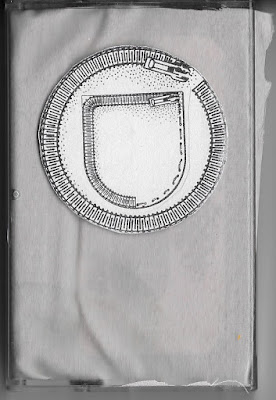 You see, this is what dark and introspective punk is supposed to sound like. Not like 1984 reborn as a new band who sounds like they wish they were alive in 1984...but like a band weaned on this shit who find themselves as a bunch of grown ass adults with punk and nihilism flowing through their veins. And they just can't help it. As much MISSION OF BURMA as FLUX OF PINK INDIANS, and with a presentation that sounds as urgent (and relevant) as anything you're going to hear this week (year). Atlanta bred, with a members of list that'll make you drool (WYMYNS PRYSYN, DASHER, BRAIN F≠, NURSE, CHEAP ART...I mean, if you pay attention then you get the drill), and UNIFORM manage to land at, or dangerously near, that formidable heap. "Evolve To Dust" invokes HIS HERO IS GONE with the leads, "Parallel Android" conjures early CHROME demos, and the "Nuclear Winter (BRITE GUSH)" demo has the winning and/or endearing character of current NWI punk....this collection listens like a stroll down a very dark path. There are teeth lurking in the trees, monsters hiding in the shadows, and ultimately you just want it all to envelop you. So let it. 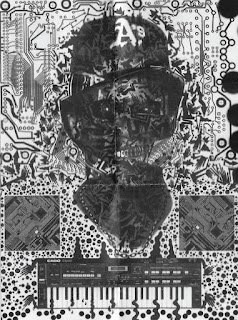 Also, they called themselves "Funeral Oi" on the internet, which is pretty cool.