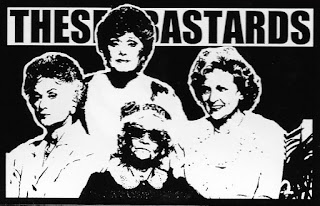 From a blip on the Bay Area radar to a looming behemoth on our current landscape. THESE BASTARDS have been not so quietly laying waste to every out of the way venue they can find for a couple of years now, but they released Old And Pissed last year and....fukk. Irreverent, erratic West Bay insanity with manic blasts and riffs that defy explanation. The demo was good, and while you always kinda hope that a band progresses after their first recording - THESE BASTARDS went straight steamroller on the tracks, and the recording is full and filthy. Relevant brutality from some serious OGs - members of MORBID LIFE SOCIETY, SLOBBER, VENKMAN, AGENTS OF SATAN....if you get it, then you get it. Choice cut: "Red Snake Whip." 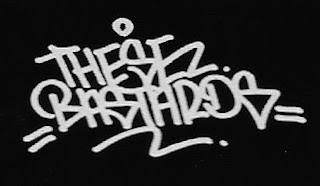 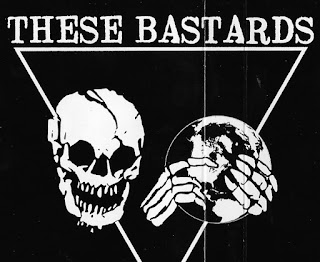 Released as a 12 minute EP, but a choice few copies got crammed in plastic cassette shells to pass out to folks in Japan while Stoney was on vacation.
Posted by the wizard at 6:19 AM