It's been a couple of years since I've posted an unmarked cassette, and I'm guessing that the lack of "cool" will have most visitors moving right on past this one....but the five minutes contained in today's link are such a ruthless punch in the gut, so it's your loss. Gruesomely downtuned powerviolence that sounds distinctly mid-90s (or like BRAINOIL reincarnated as a grindcore band?), with more than one third of the time taken up by the painful midtempo slog of the last track. Six pieces in all, an absolutely fierce slab of filthy hardcore. Nerd headphones on, any assistance would be appreciated...anyone? 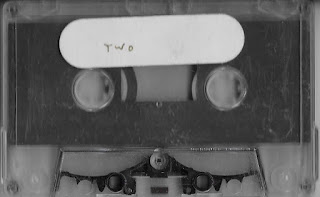 UPDATE: It's LANA DAGALES.
UPDATE: I totally should have known that.
Posted by the wizard at 7:58 AM