SEE YOU IN HELL 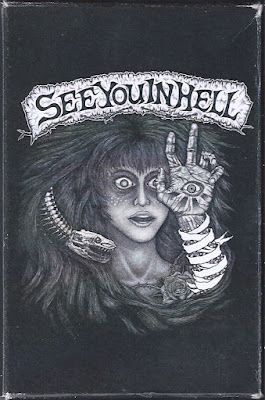 A repost of the cassette version of SEE YOU IN HELL's eight track rager Jed. For more than 15 years, this Czech Republic band has belted out abrasive and aggressive hardcore but shit clicked on this one, and their admiration for anthemic Japanese hardcore meshed fully with their relentless assault...the result is a short, sharp stunner.

Like most of the internet, I heard yesterday that SEE YOU IN HELL guitarist Filip Fuchs died. I was stunned, numb...a friend lost a battle to cancer that I didn't even know he was fighting. The last time we exchanged messages SEE YOU IN HELL were preparing for a SE Asian tour, something he and I had talked about several times...and a tour the band had to cancel. Better words will be written by closer friends, but Filip was a huge force, and one of the most uncompromisingly punk people I have ever met. Eternally enthusiastic, with an encyclopedic knowledge of Eastern European punk and hardcore (check Kytary A Rev, his book about '80s Czechoslovakian punk, well worth your time even if you are limited to the English notes), he was as constructively critical as we was enthusiastic and inquisitive. My heart aches for his family, his bandmates and his friends, because as hard as this is for me to digest half a world away, I know that there is a massive void in Brno today. Rest in Power, Filip....and with any luck, we will all See You In Hell. 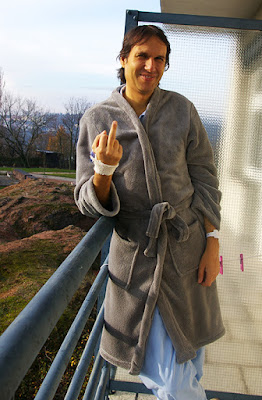 1) Please check a recent interview with Filip from x4298x and an older one from DIY Conspiracy.
2) Find SEE YOU IN HELL here and/or here.
3) Filip's band MRTVÁ BUDOUCNOST live in 2000 here.
4) Tell your friends you love them. Reach out to the people you respect...they might just become your friends....