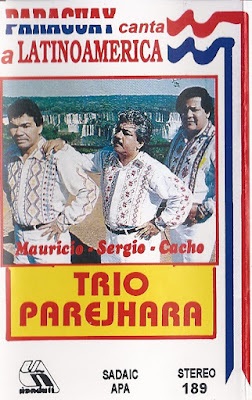 I've thought for a few years now that I want to get old(er) in Paraguay. That's where I want to retire. I've never been to Paraguay, and I don't know anyone there....it just seems like it would be chill. A quick current news search tells me that the country's head of the National Institute For The Indigenous was just fired by President Cartes for kicking an indigenous woman at a protest...obviously this is not awesome, but think about two things: 1) The country ACTUALLY HAS and Institute For The Indigenous, 2) the President fired the prick saying, "Whoever represents the indigenous and kicks them, I don't want to discuss it, they have to go." 3) This is the only news story I could find. No police murders. No bombings. No insane people running for political office...just an asshole who did an assholish thing and got his asshole ass fired. Seems chill. I mean, further down there was some ugly shit about the country's poor being used for drug mules, which also and obviously sucks....but still, it ain't carpet bombing. I've looked at pictures, the joint is fukkn gorgeous, and when was the last time you heard someone hate on Paraguay? Right? It's damn near the last spot that will get blown to smithereens when the world comes crashing down....and it's far enough from metropolises like Medellin and Buenos Aires that when shit does go down, you'll still have time to trek into the forests of Bolivia to really hunker down. And besides, spending my elder years drinking a Polar Lager and listening to TRIO PAREJHARA seems like a very achievable goal, and I bet these boys party. 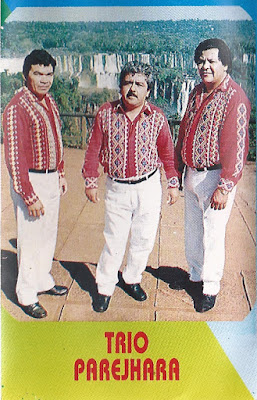 Email ThisBlogThis!Share to TwitterShare to FacebookShare to Pinterest
Labels: Paraguay

Wiz- I hate to burst your Paraguay bubble and rain on your Paraguayde, but your neighbors might be the Bush Family. Worse yet, the Bushes might control your water supply.

@wizard:
Much thanks for the post. I keep a fairly hefty folder of global music (Mali, Senegal, Jamaica and Argentina to the fore) but it's thin in the Paraguay department, so this is much appreciated. Unrelated: I'll be heading to ABQQ New Mexico in January and will be sure to check the Goodwill (or whomever it was; i'll check before going) cassette box whilst there I'm guessing it's in the Nob Hill/UNM district.

@Jumbo Dumb:
Yikes! Thank you for the warning.