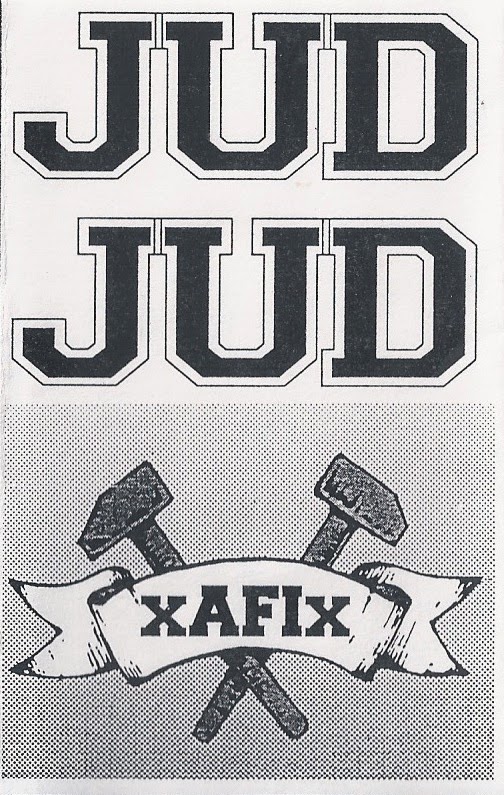 This had to show up eventually, right? JUD JUD are the perfect example of what happens when an inside joke achieves full actualization. Even if you don't (think you) want to listen, you should download the link just to follow along with the lyrics sheet...every jud and jud is accounted for. "Dive Bomb Song" is still my favorite track by this duo, and the joke is still funny.

XAFIX
And after years of confusion, I was told that the title 'XAFIX' has nothing whatsoever to do with the band AFI. It was meant to be a play on a crucifix, but a straight edge crucifix, as in some kind of "nailed to the X" kind of thing.