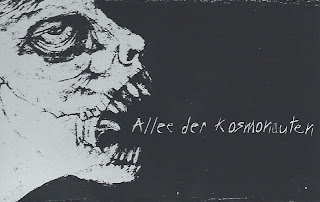 I played a show in Lublin, Poland in late 2003. It was, in retrospect. a really killer evening, but at the time it was filled with stress and frustration....people came to see our band, we were fed well, and I bought a DEZERTER single, but we seemed to wait forever before we were able to play (a minor annoyance, but we had long drives on either end of that show and we were tired and cranky and when the reason we were waiting was the second band of six taking the stage for their second unwarranted encore and offering up nothing more than a DEAD MILKMEN cover, we could hear our drummer screaming "NOOOO!!!" even from our safe hideaway in the van downstairs), that stage was quite literally crumbling beneath our feet and we kept falling down in the holes and cracks, someone wrenched our singer's balls (which put him in a decidedly and understandably more foul mood), and the punishment from well meaning attendees was epic. I'm sure that our mental disposition was as much to blame as our environment, but everything that evening was irritating. Even people who were trying to be nice were working on our nerves...so much so that when the police came just before we started to play, we all saw it as a glorious escape and lamented that we would not want to be responsible for getting the venue closed permanently and we were so sad that we wouldn't be able to entertain these fine people this evening. Much to our dismay, an agreement was reached with the pigs and we were allowed to play...and people went nuts. But the main thing I remember from that show is ALLEE DER KOSMONAUTEN. They were on tour with another German band (maybe even the one that played THE DEAD MILKMEN cover, I cannot be sure), and musically they were the most impressive thing that happened in Lublin that night. Absolutely epic male/female fronted dark European crust that masters the melodic and impassioned approach to hardcore, songs frequently topping the 6 minute mark and paying as much attention to nuance as to aggression - they were awe inspiring thirteen years ago, and their vinyl releases (one full length and a split 10" with CRUDE B.E.) are a fantastic progression from this already excellent demo. 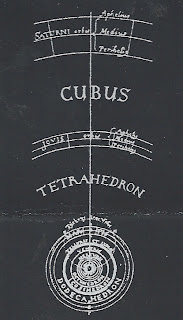 I appreciate the honest description of the scene, it describes many a show I've been to. That said, this band rules! Cheers for posting obscure international punk, once again.

shortly before (or after?) they stopped playing, they released a 2nd lp called "kino sojus" which is really good, as well.