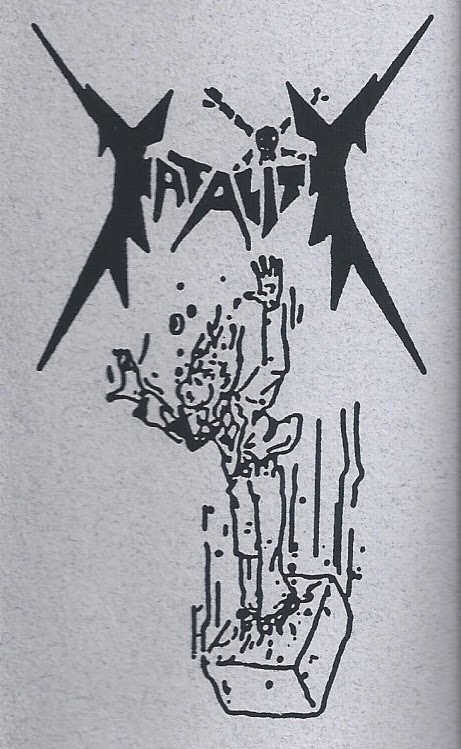 I've said it before, but there must be thousands of bands that are only not considered crucial because of when they existed, not where they were from or what they played. Imagine for a moment that FATALITY was from San Francisco, circa 1984...seminal Bay Area thrash without a doubt. But take the same band and drop them in 1990 San Jose, realize that they existed in the same time and place as ASBESTOS DEATH and ask yourself if you think anyone gave half a shit about a band playing thrash metal. I'm guessing they didn't....but I'm damn sure that this demo melts my fukkn face in 2014 San Francisco, so someone please tell FATALITY that their legacy is in good hands. Colossal backing vocals, screaming guitars and an appropriately relentless pace - listen to the singer gurgle "crime pays the fukkn rent" and you'll wonder whether you want to grab your high top white sneakers or a knife (I suggest both). The whole thing (all three songs of it) is damn near perfect - this monkeys knew exactly what they wanted to do and they crushed it on their only release, nevermind that grunge and crust were hot on their heels. Raw and brutal thrash metal: you're welcome.


FATALITY
Posted by the wizard at 5:54 AM