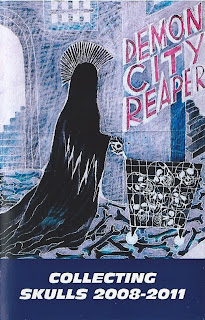 I discovered DEMON CITY REAPER a few years ago from Cosmic Hearse, so imagine my excitement when Drunk With Power sent me their entire collected works! Complete insanity masquerading as music, these tracks take the chaotic metalpunk paradigm perfected by '80s Japan (GISM, ZOUO, etc.) and twist it into an hideous and unrecognizable form. A horde of cartoon demons are at the helm, recording this masterpiece of raw punk psychedelia. This tape features the two tracks from the '08 demo previously shared by Aesop, as well as songs recorded for one never released split EP and one never released single. So far beyond over the top. 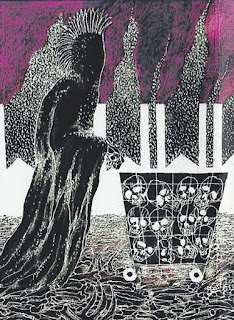 Definitely looking forward to the unreleased material. Thanks for sharing this one!