YOUR KINGDOM IS DOOMED 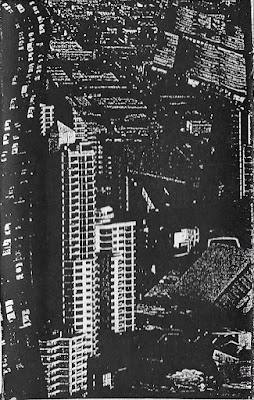 It's easy to get fooled by YOUR KINGDOM IS DOOMED - they start with a blazing raw DIY crust number that sounds like it was dragged from a filthy Michigan basement in 1997. That vibe continues for the first few songs, but you'll notice this demo start to get...weirder. Spastic blasts, off kilter riffs and you (almost) think you're entering power violence territory on "Menopoz Türkiye" but then "Hiçsin" drops and you're in this whole different realm of freak punk. Fortunately, there are three songs left and they refuse to reign it back in so you're left with this feeling that maybe PLAID RETINA played a one-off gig in Istanbul after that first EP and planted some seeds that became trees because this shit just sounds way out there. They slam the door shut with "Şehir," a sub two minute ripper that's just all over the musical map - blurred riffing and pained high/low vocals and the general feeling that this is the sound of a band who is going to evolve into a grind behemoth but not until they've finished kicking your ass with this song. When sounds develop outside of the trend loop...sounds develop in interesting ways.