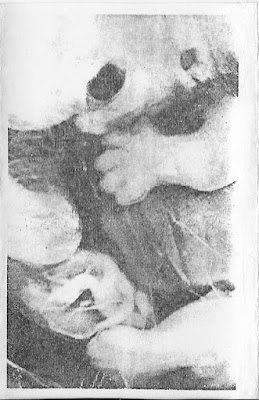 I'm kinda surprised this one hasn't been unearthed and (re)heralded in this continuous age of nostalgia, because PRE HUMAN BLASPHEMY are a missing piece in the '90s California fastcore / power violence puzzle. With just this one demo and a couple of posthumous comp appearances to their name, it's easy to see why they continue to fly under the radar...until you listen to these ten songs. I use the term "desperate" a lot when a band really gets me because translating that emotion into is perhaps the single hardest thing to accomplish, and faking it is almost impossible. PRE HUMAN BLASPHEMY are desperate - the song construction is erratic and disorienting and the performance/s are nothing short of desperation. "Woxs And Xadys" is NO COMMENT/MITB caliber Southern California destruction, just born a few years too late for the recognition it deserves - Isaiah sounds like he doing battle with his bass and neither man nor machine is sure whose side the other is on. Listen to the drums incinerate the last twenty seconds of "Anti Breeding Committee" and question your very existence. That's what desperation sounds like when it becomes sound. Listen to "Placebo." That's what violence sounds like when it is reborn as sound. The core of PRE HUMAN BLASPHEMY morphed into RUIDO shortly after this recording, but I don't feel like that's a good indicator of the fury that's lurking in this digital file...because this one changed me. 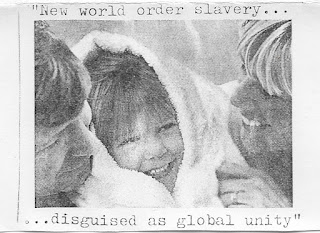