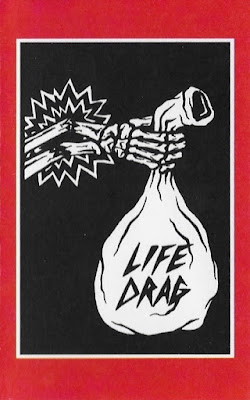 Likely the final posthumous release from LIFE DRAG, Unidentify You is an excruciating dirge. Thirty minutes of darkness and frustration, manifested through bass, vocal, drum and sound. The  assemblage here is interesting. The opener "Worker" is a disorganized cacophony, followed by "Farmer," which is an intentionally sloppy piece of brutality - awkward to listen to but also the least realized track on the tape. The trilogy that follows - "Polishing Hammers," "A New Trade" and "Unidentify You" - combine to make the most compelling twenty minutes of sound I have heard in a very very long time. It's a ferocious exercise in monotony and deliberation, a calculated assault on all senses and psyche, and it will leave you breathless. I'm not saying that the first two cuts aren't worth your time, but be aware that even when Schmidt and Benjamin shout bury you // one by one in "Farmer," they are just getting started. 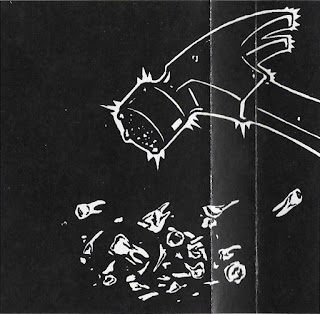 Email ThisBlogThis!Share to TwitterShare to FacebookShare to Pinterest
Labels: minnesota