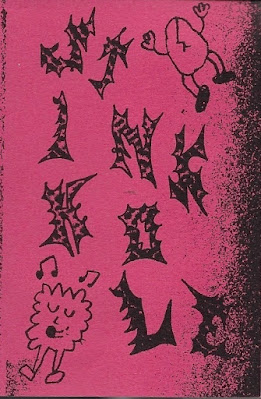 Someone want to try to figure out what these German freaks are doing here? All I hear is chaos...manic, beautiful chaos. They stomp and flail around these songs like a gaggle of toddlers throwing a tantrum - even the instruments themselves seem designed and engineered for children and STINKHOLE don't so much "play" them as they damage them. When there's a punk remake of Gremlins, this is the music that will play during the montages when the little creatures fuck shit up. Fuck your shit up. You can imagine CUNTROACHES dressed up like MUMMIES and doing a MINUTEMEN cover set for Halloween, but I think their sound (and approach) can be summed up with the song titles on the B side: "I'm An Idiot" into "I Hate Humans" into "Ideology Vomit," and the full length they released last year is called Mold Encrusted Egg. You need more? Blast "Emancipated By Hair" and consider yourself lucky to have STINKHOLE in your ear hole/s.

OUT OF THE GUTTER, INTO THE STINKHOLE 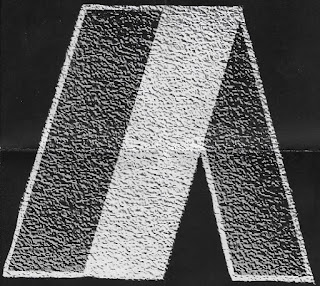