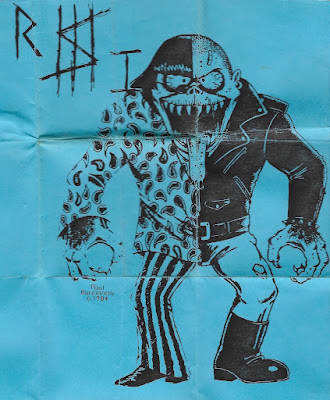 Pretty sure this is the last recording from Alameda's REBELS AND INFIDELS, released a year or so after the Corporate Picnic album on Fowl. I'm also pretty sure that this tape is the only recording with Heather on vocals and without Terry O'Shit on guitar, and I'm absolutely certain that it rules. Easy to throw around terms like "underrated" and "under the radar" when referring to these punks, but instead I suggest cranking thirteen bursts of explosive Bay Area punk broken up by creepy dirges and the kind of approach that maybe you can only get away with when you don't fucking know any better. And really...isn't that when the best stuff happens? 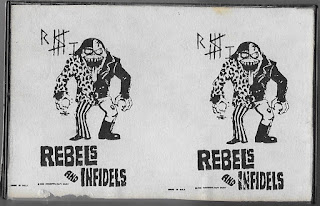 Shirts were only $6/ppd - pretty killer design too. If anyone is holding, hit me up.
I'd happily pay $10 because...you know, inflation. 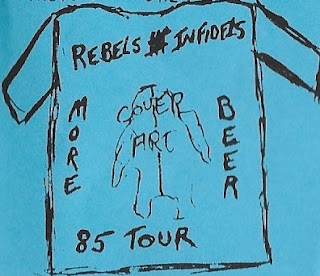