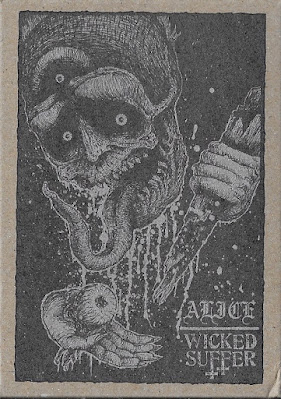 Absolutely colossal split from Indonesia that would have slipped by me (as it likely did you) if not for a care package I received a few years ago. ALICE are devastating, chaotic and heavy beyond words, a slow motion bulldozer that erupts into frantic blasting hardcore - it's wild to blast a recording that's a more than ten years old and feel like you're getting punched in the face for the first time. And if ALICE is a punch in the face, then WICKED SUFFER on the flip is like a rusty knife in the gut first thing in the morning. A slow creep mosh fighting through a filthy recording, and then when they get you....? That's where the knife comes - in the form of raw, churning hardcore repetition. Right in the gut. Both bands are pure and fierce, and four tracks each you feel like they've left it all out there. The recording itself sounds exhausted, which is exactly how I feel. 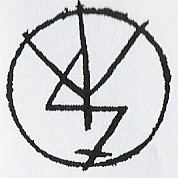