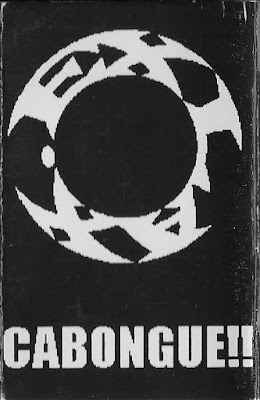 I'm not sure what happened in South America in the 1990s, but in that pre-internet age in countries packed with rich and furious hardcore punk legacies....there were like hundreds of middle of the road "melodic hardcore" bands. And I know that this was a style of punk that dominated (or infected) virtually every corner of the earth in that decade, but RATOS DE PORÃO released Feijoada Acidente? in '95 and that shit rips (even if it was covers)...so what's up with all the fucking pop punk? I'm not really complaining I guess, I probably would have jammed the fuck out of this in 1995 - shit has a nice 'arm hanging out the window on a summer afternoon' vibe, but it's just weird, you know? Because there were a LOT of these bands down there. I'd say it was ALL YOU CAN EAT's fault, but they're the folks who brought so many of these tapes back to the states, so clearly the virus had started to spread long before AYCE toured there. I'm getting off track - six studio cuts here (one with really cringeworthy lyrics) and then live versions of five of them. No live version of "I'm Cumming." And "I'm Cumming" isn't the one with the cringeworthy lyrics, so now you've definitely decided whether you will investigate further or whether you will definitely not investigate further, so I can slowly back away from the keyboard. 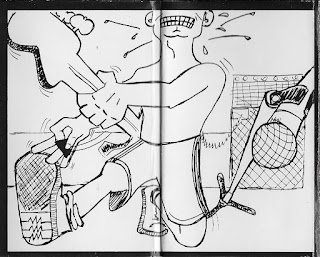