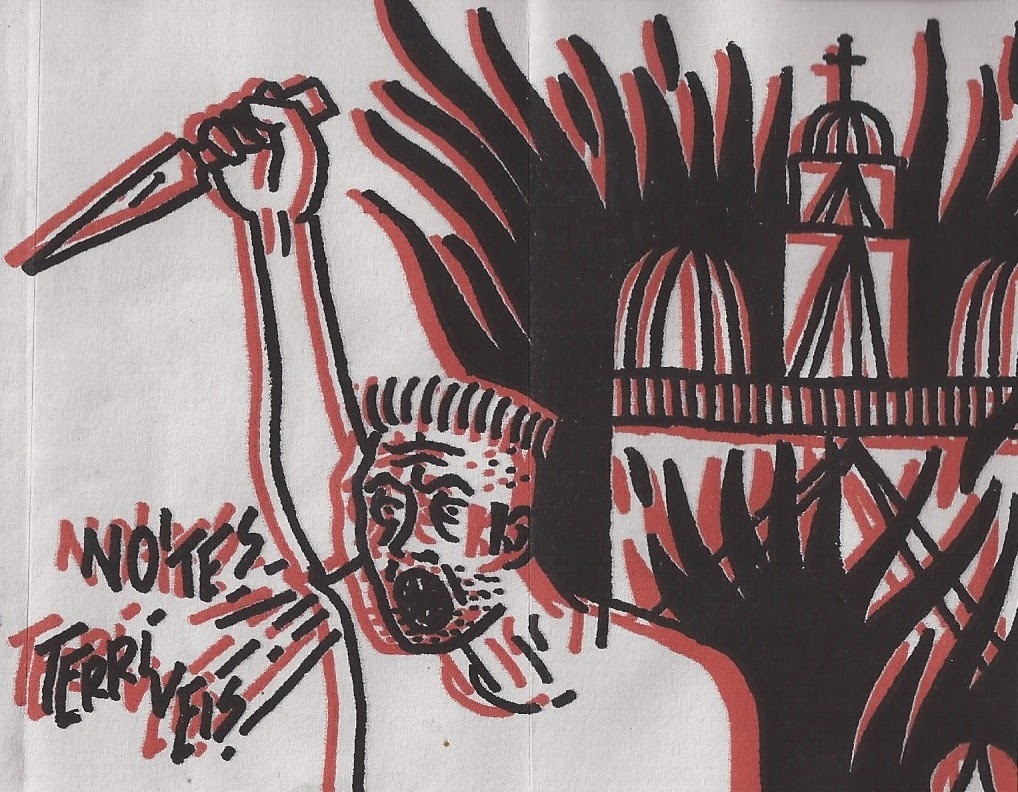 Got this jammer from Laura when she was in town last month...and it's brilliant. Laura's guitar isn't that far removed from what she does (or did) in RAKTA, but NOITES TERRIVEIS are more over the top and feisty, I might even suggest more punk (as opposed to the witchy psych of RAKTA). "Recordando O Futuro" starts with a disjointed and awkwardly lurching pace, coming up behind you and shoving you into the rest of the demo..and they don't let up, not even the slow first half of "O Gigante A Deo Rex, A Rege Rex" can calm the listener because the barrage of beats and reverb that you know is right around the corner jolts you just like you know it's going to. Certainly the effects take precedence over the music for a fair chunk of these songs, but the songs are goods ones that have been tweaked and manipulated instead of drivel that's been coated in cheap makeup. First offering is a winner...now I want more. Also, "Cárcere" is the best song. 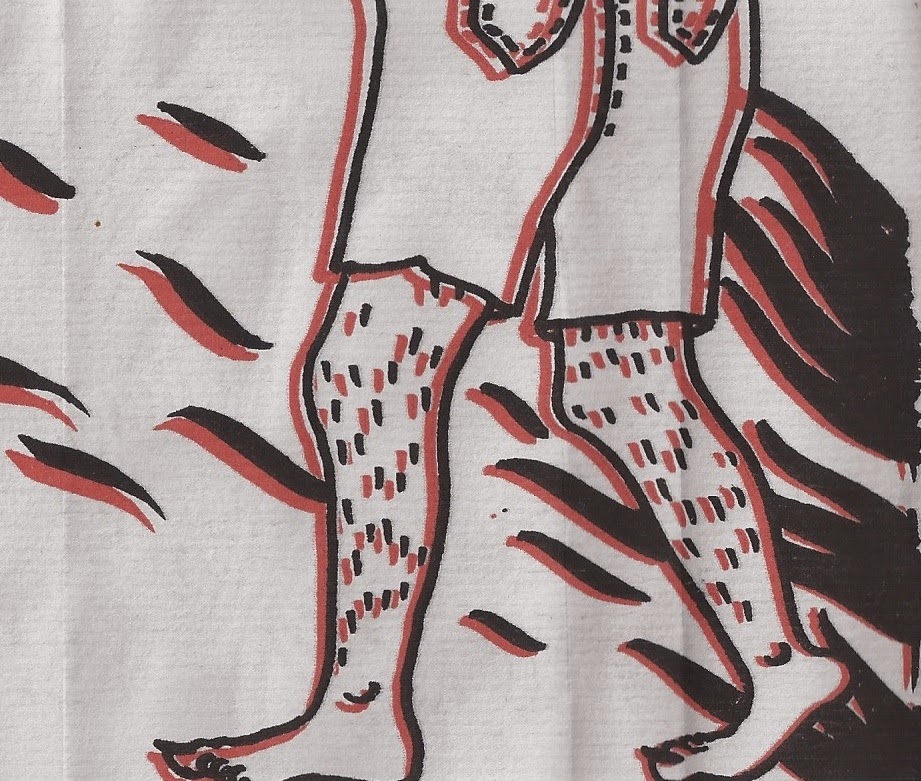