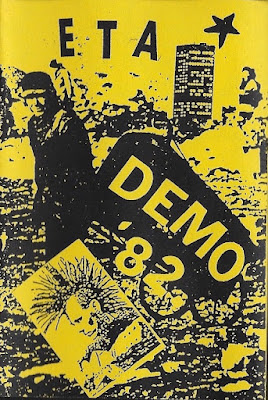 Spencer let me hold onto some of his fire for a while, and as much as I like the dude, I simply don't know if I'm going to be able to let this classic go. After the adaptation of "Bloodstains" reinvented as the band's theme song  (just a couple of years after its US release, which is somewhat mind blowing when you really think about it), Budapest's ETA smash their way through 20+ blasts of rumbling ramshackle hardcore punk. ETA are so gloriously primitive, the recording is sketchy, the tape is even kinda fukkd in a few places, it's just a wonderful smash to the face from 1982 Hungary. Choice cuts: "Prostituált Vegyok," "Munkát, Kenyeret" and "A Nemzetközi Helyzet," and be sure to make it through to the last ten track on the B side - the (presumably live) recording has a bit less fidelity, but a lot more fire. 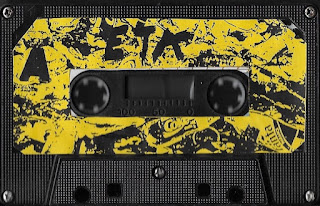