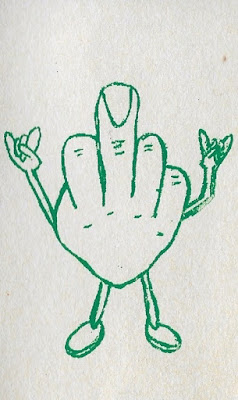 Sometime in the middle 2000s in a place called Philadelphia, some true freaks converged and raised a middle finger to conventional sonic wisdom. The result of that "fuck you" was ATTITUDE PROBLEM. Too weird to be hessian, to punk to be outsiders, but way too outside to be anything that anyone knew. I mean, Jason Wade joined the band later so anyone who was paying attention likely clued in, but these four mutant stoner psych jams are where it's at - a no rules manic moog assault from FACEOWNINSHIT and WINDHAND personnel that answers the question: "What if ASBESTOS DETH had stuck to psilocybin?"
ATTITUDE PROBLEM

Listen to "Meathead" on repeat.