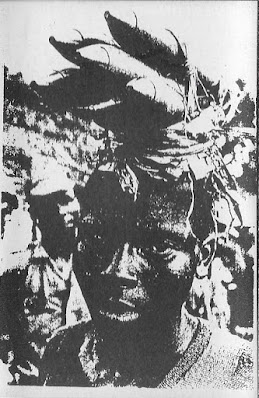 I remember NEGATIVE STEP as August's new band. He gave me a tape of some tracks (maybe it was the then-unreleased 10") and I played the shit out of that thing. A flash in the pan, really, but a searing blast of hardcore freak punk, and the shit holds up. I remember NEGATIVE STEP as Garvey's new band. He told me stories about how their goal was essentially to tour Mexico as much as possible. He said one one tour,  several local punks piled into their old van to go to the next show but that with the extra weight, the van couldn't make it up a mountain road. So they turned around and unloaded all of the gear so the van would be able to make the climb and the punks could still join them. I'm still not sure if I remember that story correctly, but in my brain it's still one of the coolest and punkest stories ever. 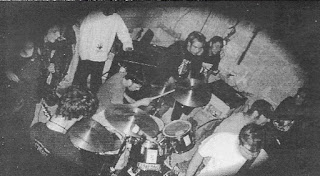