YOUR KIND OF SOUND 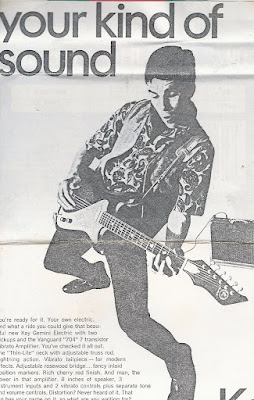 Any frequent (or fervent) Escape visitors will know the name Dan Riffe. Oklahoma stalwart, member of ILLEGITIMATE SONS OF JACKIE O and former bandmate of mine in ANCIENT CHINESE PENIS and BRUTAL GARDENERS, and the source of my introduction to a lot of killer music. Perhaps I didn't fully realize how influential the dude actually was until I started doing this blog thing - between bands we were in together, bands he was in that I dug, and tapes he made me....shit, that monkey was responsible for a pretty huge chunk of my initial introduction to The True Underground. How can one man be responsible for turning a twenty year old onto WRETCHED and JAD FAIR? Exactly. In case you are wondering, only one of those two is on this tape - but he did drop an S.O.B. track from Gates Of Doom on this one, and who the fuck was blasting death metal S.O.B. in Oklahoma 1993? Seriously. That's my point. And this tape was my introduction to LAST EXIT, who are from another planet. So yeah - instead of telling you all the things that are on this tape, I'll just tell you that it opened my mind and my eyes to tons of shit (and helped me find other shit through that shit) and I still cherish it more than two decades after Dan made it for me. Thanks, dude.

YOUR KIND OF SOUND

Mega thanks for the share and the backstory. Any reader here who is not familiar with the mighty Last Exit is in for a special treat. Of the face melting sort. Great taste shown by the comp maker to slip in the Tom Waits tune. Stuff like this is what made cassette culture so vital.