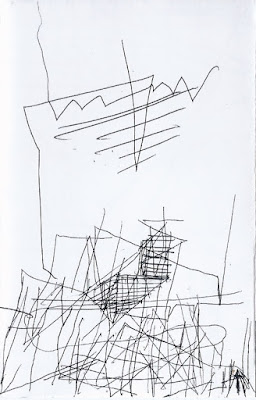 Stark and minimal black metal...does it sound odd if I suggest that the band's cover art suits their sound? Slightly deranged and amateurish, but deeply depressive at the same time. The approach is simple, with wailing tinny guitars dominating the mix while drums bang away in a seemingly aimless manner, struggling to maintain anything resembling a steady rhythm, but that's exactly the appeal of Italy's OVSKUM. By the time the "blast" (a generous descriptor) starts near the 5 minute marl of the second track, I had already accepted my fate and was settling into a weird and distant recording, which made that section of the song especially off putting and set me up for the remainder of the tape. OVSKUM has been prolific over the last decade or so, Untitled I was released in 2006. This is far from advanced music, more like an exercise...or perhaps a test. 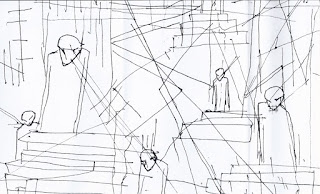 This tape is awesome. Great listening here. Would love to hear more of these guys.

Thanks for introducing me to these guys, this is great stuff.

This band is totally amazing. I discovered them here on TE and went on to search out everything I could find. Hard to describe the sound - simple & complex at the same time, but awesome ALL the time.