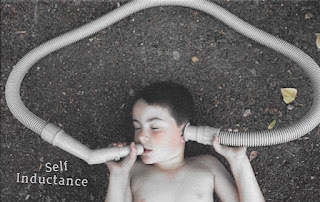 I posted DEMANDS' 2012 Piss On Your Wounds back in 2013 (roughly two punk generations ago), and true to my better-late-than-never b/w there-are-just-so-many-tapes form, this is the 2013 follow up, Self Inductance. Not much to say that I didn't say nine years ago, just furiously fast and incredibly furious hardcore punk. "No Lifeboats" and "Fate" could have been anthems for the isolation age that kicked off this portentous decade dominated by fear and frustration, while "I Wish I Could Help You" closes the tape with a positively dreadful (and positively negative) dose of loss. I know it's 'hardcore' and hardcore can be a somewhat limited medium, but DEMANDS sound like they are manifesting pain. There are only two tapes - a scant twenty minutes of music - but the shit is just furious. And recommended.