EYES ON YOU // PAX VOBISCUM 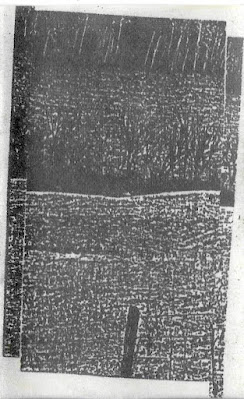 Many of the mid '80s releases from the venerable Bluurg roster have gone un (or less) noticed by modern fiends, even while the archivists still scrounge for the breadcrumbs of history. STATEMENT, NIC TOCZEK, NO POLICY, even bands like SEARS and FACTION seem to fly mostly under the radar, and now you can add EYES ON YOU and PAX VOBISCUM to that list. EYES ON YOU have a 12" that occupies bargain bins across the globe, and fans of melodic UK post-anarcho (think POLITICAL ASYLUM, JOYCE McKINNEY) would be well advised to snag a copy even though these tracks are a rawer and more appealing incarnation of the same sound. PAX VOBISCUM however, this shit grabbed me and wouldn't let go; if anarcho-Oi! was a genre then this might be its flag bearer (note: I know that anarchist street punk is a thing - but there's a distinction that I can't quite put my finger on so I'm going to keep the sentence as written). I knew them only from the Words Worth Shouting comp (also kicking around at reasonable prices for more mid decade nuggets), and this tape offers nine more excellent and indescribable UK punk stomps that seal the deal for me. Cheers to Gabe for the copy this summer - and for the rest of the tapes that will make their way onto these pages (eventually).  Now who's going to reissue the full Bluurg Tapes catalog.....

EYES ON YOU // PAX VOBISCUM