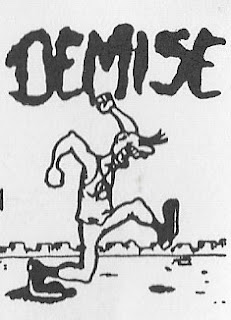 All I think when I listen to DEMISE is that I was in the wrong place at the wrong time. Of course, if I had been there then then I probably wouldn't be here now, so that's something to think about...but listen to "The Valdez" as those double snare taps bring '80s Orange County to life in a Germantown, Wisconsin basement...listen to kids playing rough Midwestern hardcore just a few years removed from the era historians will refer to as "the heyday" for as long as they talk about DIY hardcore punk. Thirteen tracks here, and every one of them rips. If I had to narrow it down though, "Secret Government" is the one.

APATHY WILL GET YOU NOWHERE 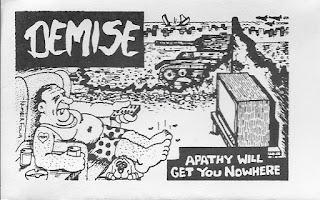 Aw man, I've been wanting to hear this for decades.
The "All Of This For Nothing" EP has been a favorite since I mail-ordered it in 92 or so. I ordered the follow up EP direct from the band and it's also pretty great.
Shit, that's nearly 30 years.
Thanks for posting!