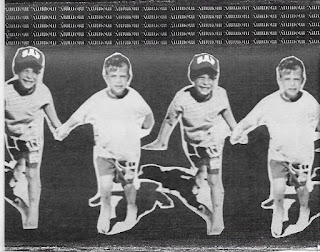 When NYC's MOMMY started rumbling a few years ago, I kinda figured it was a result of the who as much as it was a case of the what. Folks from PERDITION, SAD BOYS, L.O.T.I.O.N., CERVIX and a host of other new York acts joining forces in a damaged, chaotic trio is going to turn some heads regardless, and that's understandable, but listening to this 2015 demo I almost wonder how many people made it through the who and actually sunk teeth into the what. The drums are treated as contributing instrumentation - they sound destroyed, off-putting, the distortion in a noise punk band while the bass drives the songs. Words are delivered with a fury that can only be described as a realized hatred...it's teenage adolescent desperation offered with the hindsight of young adulthood and the benefit of emotional freedom....even while emotional peace remains out of reach. Is that a stretch? Are they just having a go? Listen to "Tiny Dancer" and ask yourself that question again. 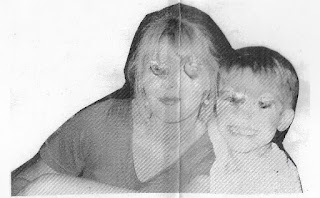