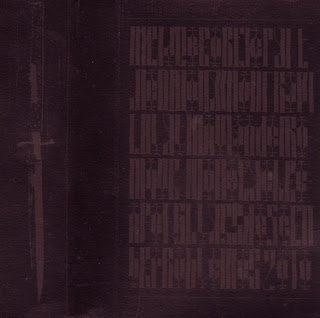 Bleak and discordant raw metal/punk from France, VEUVE SS appear to have spent as much time packaging these tapes as they did recording them (this is not a slight on the recording, rather a kudos on the package). They seem to like replacing 'u's with 'v's which leads me to believe that VEUVE SS are seeking classification under the kvlt umbrella, but instead my ears perk up at harsh and angry punk sounds. The kind of dirty and hoarse vocals that make GEHENNA (the punk band) so appealing, with primitive noise intros and a pace that is more flailing than relenting. This is dark stuff, to be sure, though there must be an element of comedy involved when a band dishes up a song called "Ironique Movstache" - even if it is the finest song on the tape - and many of these songs could easily be re-presented as youth crew jams, they are just given the "evil" treatment and reworked for a black clad audience. This tape will suck you in with raw guitars, and keep you hooked on their metal tip for all the reasons you started liking punk in the first place...and it gets better with each listen.
VEUVE SS 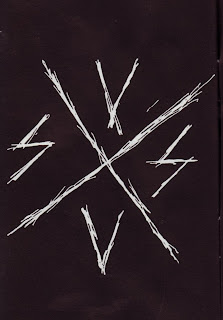 actually, the name of the band seems to be VEUVE SS.

you can DL the songs and the words/images here:
http://veuves.tumblr.com/
http://www.puzzle-records.com/mp3/shlass/