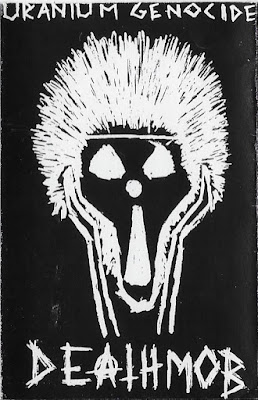 Honestly, it's kinda silly. Four bursts of rote early DISCHARGE worship offered in ear shredding simplicity. It sounds like Uranium Genocide could have been conceived, written and recorded in one lazy afternoon (and perhaps it was)...but as that afternoon in 2012 faded into memory as 'just another day,' the world was left with four short minutes of noise. So yeah, maybe it's a little silly, and maybe that's just fine. Because it's been a decade, and we're still listening.