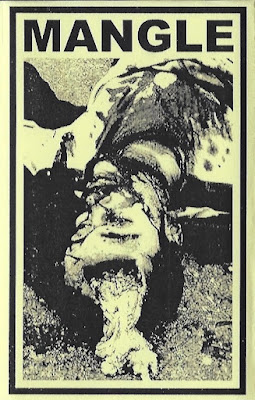 This shit is so heavy. Really. Folks gonna call this power violence, for sure, and no one is gonna argue, but it's the way that MANGLE infect you with earworms while crushing you...that's what makes them special. The first song has early-TORCHE caliber hooks hidden inside a song that is just so unbelievably devastating, a song that spends three-and-a-half of its six minutes struggling through piercing feedback and errant drum bombast, just tempting the listener to think they know what might be about to happen, or when. MANGLE are ugly, and it's their seeming determination to be ugly that makes them stand out (to me). This hits like BUZZOV•EN for a new generation - outside and somehow above the world of sound they are likely associated with - a blasting, churning, blistering assault. 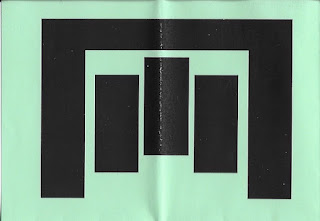