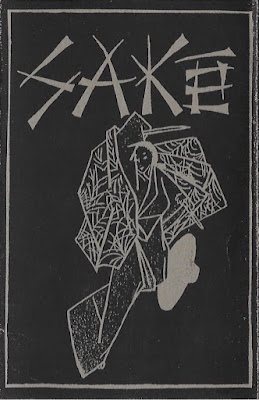 Absolutely massive band if you were in the SF Bay Area in the 1990s. They rolled in from Eureka every few months, looking like they were the earth warriors that all the urban punks wanted to be, and they played rough DIY hardcore born of the same frustration as the black clad Oakland set....but SAKÉ felt real as fuck when you saw them live. The running narrative at the time was that the recordings never did them justice, and I still don't think they do....but listening to "show me some fucking RESPECT" in the first song gives me chills 25 years later, so I'm gonna say they hold up. Of course the 10" and the SUBMISSION HOLD split are great, but these six songs are so pissed. Desperate. Like a frantic gasp before the creature descends back into the forest...which is exactly what it felt like when you saw them live.
SAKÉ