SLUMS OF THE FUTURE 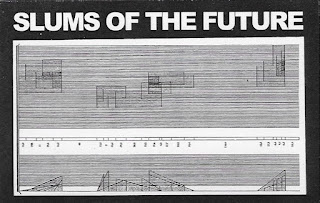 Been sitting on this one for a while, but it's hard to imagine how I let SLUMS OF THE FUTURE stay on the backburner for this long. Better late than never, I guess? An effortless combination of breakneck Japanese hardcore riffs delivered with a filthy, stripped down fastcore/thrash attack, this 2014 banger is simply exhausting. The vocals standout as stark shouts that harken UK anarcho/stench, which is noteworthy in the context of their all out blitz, the drums are tinny and off putting, riffs are manic beyond comprehension, and they finish the eleven minute demo with a No Man's Slave caliber dirge that takes up nearly a quarter of the entire recording. It's a ruthless slab all around, and every piece of the equation sounds like it's under tension - though the thing that really sets SLUMS OF THE FUTURE in a league of their own is the fukkn speed. The aforementioned "Build And Kill" is slow punishment, but it follows seven tracks of brutally fast hardcore that still almost tries (but fails) to hide the intricacies in the song structure and the genuinely unique way that this San Diego band places (placed?) their stamp on destruction. I like when I listen to a thing and then I feel like I have to catch my breath afterwards.

SLUMS OF THE FUTURE 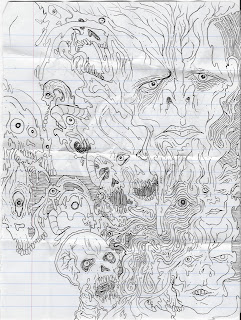